History Of The 2 Wood Golf Club

History Of The 2 Wood Golf Club

Golf has a long history, and so do golf clubs. We will take an in-depth look into the history of the 2 wood and how this golf club evolved.

When the game began almost 600 years ago, golfers often made their golf clubs themselves, and the only material available was wood; in fact, they made the golf ball from wood until the late 17th and early 18th century.

Back then, golf clubs were all made from hardwood, such as beech for the clubhead and hazel or ash for the club shaft. Owning a set of clubs, known as “Troon Clubs” or “Long Noses” because of the length of the club heads, would have set you back a pretty penny.

The Wood In Golf Clubs

The “wood” in golf clubs began to change when golf club makers began importing wood from America. In 1826 hickory wood for golf club shafts and 1900 persimmon for club heads came to Scotland.

Hickory shafts soon became the most popular choice of wood for all golf club shafts because of the wood’s durability.

Much like modern golf, the golf ball has a massive influence over a golfer’s clubs.

In 1618 a new golf ball was introduced known as the “Featherie,” so-called because the outer layer was leather pieces, but the inside of the ball was stuffed with feathers. However, the new ball was expensive to buy and easy to damage.

Unless you were rich and could afford to replace balls regularly, most golfers preferred to carry on playing with wooden clubs, even though forged iron head clubs were available.  Wood clubs were gentler on the new featheries and didn’t damage them as much.

Until the late 19th-century, manufacturers were still making wooden golf clubs by hand, and if you wanted a set of “irons,” you would need to order them from the local blacksmith.

Introduction Of The Gutta-Percha Golf Ball

Again the golf ball began to influence the type of clubs that golfers were using. During the middle of the 19th-century, golf ball manufacturers introduced the gutta-percha ball, a solid rubber ball. The new ball design meant golfers could now include a complete set of irons into their golf bags; irons gave much better control over the golf ball. 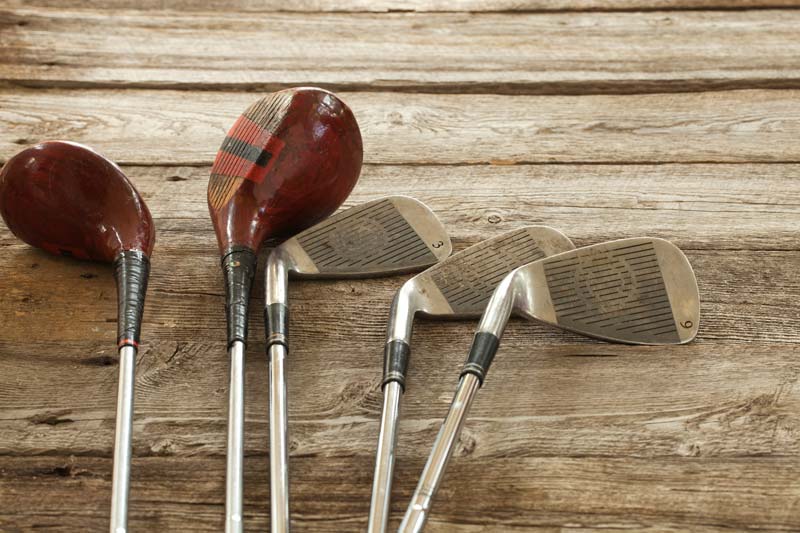 The “Brassie” is a 2 wood’s old name. The Brassie was the longest club in a golfer’s bag except for the driver. The brassie had a specific purpose, and it was primarily a way the golfer could extricate himself from a “bad lie” on very hard ground.

Because the manufacturers made the soleplate of the club from brass (an alloy of zinc and copper), the club earned the nickname Brassie. The soleplate wasn’t just for good looks, though; the heavy metal gave the club a low center of gravity.

In typically bad lies, quickly getting the ball into the air is an absolute must; if you didn’t want to spend hours thrashing around in the rough, the Brassie made it much quicker and easier for golfers to accomplish this.

The “Brassie” doesn’t look much like the modern player’s 2 wood. However, the loft angle and the modern-day use of a 2 wood relate to the Brassie, making it a close equivalent.

Woods are typically so-called because the club makers made the clubhead from hardwood; from the early 1900s, typically, this was persimmon. Today’s modern “woods” are no longer made from actual wood but metal. Titanium or strong stainless steel is the most common material because it’s strong and lightweight.

A few golfers now apply the term “metal woods” to these clubs, but most golfers still refer to them as simply woods; I know I can’t shake the habit of calling them woods.

Because of modern technology and lightweight materials, woods today have larger clubheads. This innovation enables even high handicap golfers to get the ball into the air and hit it over a reasonable distance. Something even thirty years ago was very difficult for the average club golfer.

Most golfers opt for odd number woods in their bags, such as driver (1-wood), 3, and 5 woods., that’s what I always carried in my bag. However, the 2 wood is available from different manufacturers. 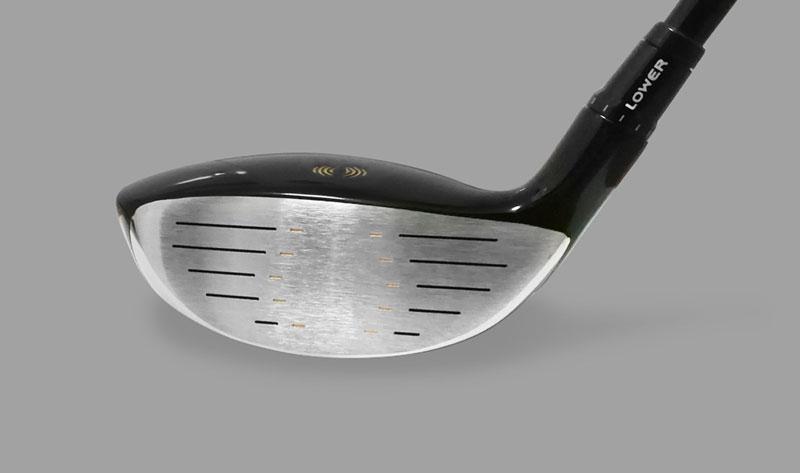 In addition, golfers are limited to 14 clubs they can have in their bags simultaneously, so they tend to choose the clubs they are familiar with and feel confident of hitting the ball well.

Woods are classed as either drivers or fairway woods, so the 2 wood might be too close to a driver’s loft for a club golfer to feel it gives them an advantage when carrying one.

Rise Of The 2 Wood

Because of the 2004 limitation on the size of the driver’s clubhead, the 2 wood is seeing something of a resurgence.

A 2 wood’s loft is more than that of a typical driver but not so great that it reduces height and distance too much, and with on average of a 1/4-inch shorter shaft, it helps club golfers hit the sweet spot more often.

In addition, the 2 wood has approximately 200 grams of head weight, which is not far away from your typical driver. The head weight helps golfers attain maximum swing speed and distance, two vital factors if you’re looking to drive the ball as far as possible.

With practice, golfers can also use the 2 wood off the fairway instead of a 3 wood. I personally have a quite high ball trajectory so using a 2 wood is ideal for me. Not to mention the stingers into the wind which I wasn’t able to hit before the 2 wood.

Several big-name golf manufacturers make 2 woods. For example, in the 1980s, TaylorMade came out with a range of clubs, and they named their 2 wood Tour Brassie after the old name for 2 woods. In the 1990s, Adams brought out their version known as the Tight Lies Tourbrassie, a low loft wood, STRONG 2.

These days manufacturers such as Callaway and TaylorMade produce a new 2 wood they call Mini Drivers with lofts between 14 to 11 degrees.

Another excellent 2 wood on the market is of course ours (Morsh Golf). 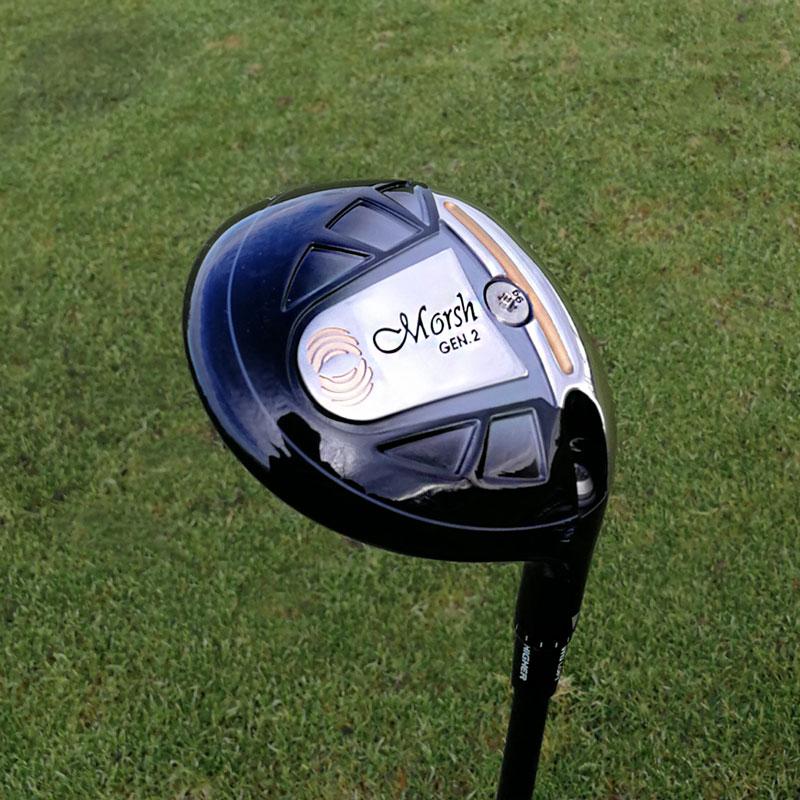 The Morsh 2 wood Gen 2 is already a second generation of our 2 wood and has a lot of improvements. It offers great feel and control of your shots both off the tee and fairway.

If you would like to start hitting more accurate tee shots without sacrificing distance or reach the greens you couldn’t before, read more HERE.

A vast amount of incredible technology and innovation goes into making modern golf clubs. Many club golfers are now starting to prefer the 2 wood over a driver because of the smaller head size.

Modern golfers are typically fitter and stronger today. They believe they can swing a smaller clubhead faster, and in addition, there’s much less air resistance and “wobbling feel”, helping them find the club’s sweet spot far more accurately than with the massive head size of today’s drivers.

Leave a Reply Cancel Reply
You might also like
One of the following
2 Wood Vs. Driver: Which Is Best Off The Tee?
Best 2 Woods And Their Alternatives (List of TOP 9)
3 simple ways to keep your golf clubs clean and in good condition
Recent Posts

Four golf apps every golfer should have (No.3 is crucial!)

You can find out more about which cookies we are using or switch them off in settings.

This website uses cookies so that we can provide you with the best user experience possible. Cookie information is stored in your browser and performs functions such as recognising you when you return to our website and helping our team to understand which sections of the website you find most interesting and useful.

Strictly Necessary Cookie should be enabled at all times so that we can save your preferences for cookie settings.

If you disable this cookie, we will not be able to save your preferences. This means that every time you visit this website you will need to enable or disable cookies again.

This website uses Google Analytics to collect anonymous information such as the number of visitors to the site, and the most popular pages. We would like to display to you the most relevant content, this way our web site uses Facebook and Google Adwords cookies.

Please enable Strictly Necessary Cookies first so that we can save your preferences!